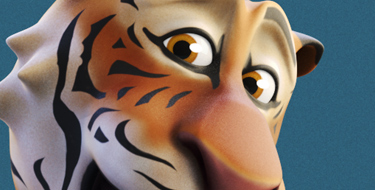 Sometimes you start with a project not knowing where it will lead to. This is hapening with this Tobi-Tiger creation. In my spare time Tobi started as a quick try in 3D and I ended up liking the character a lot. So I continued working on it up to the point where an almost complete skeleton is working. See the first image below for the latest version.  Meanwhile a fun story is being written and within a few months there will be more information released about Tobi Tiger so stay tuned! 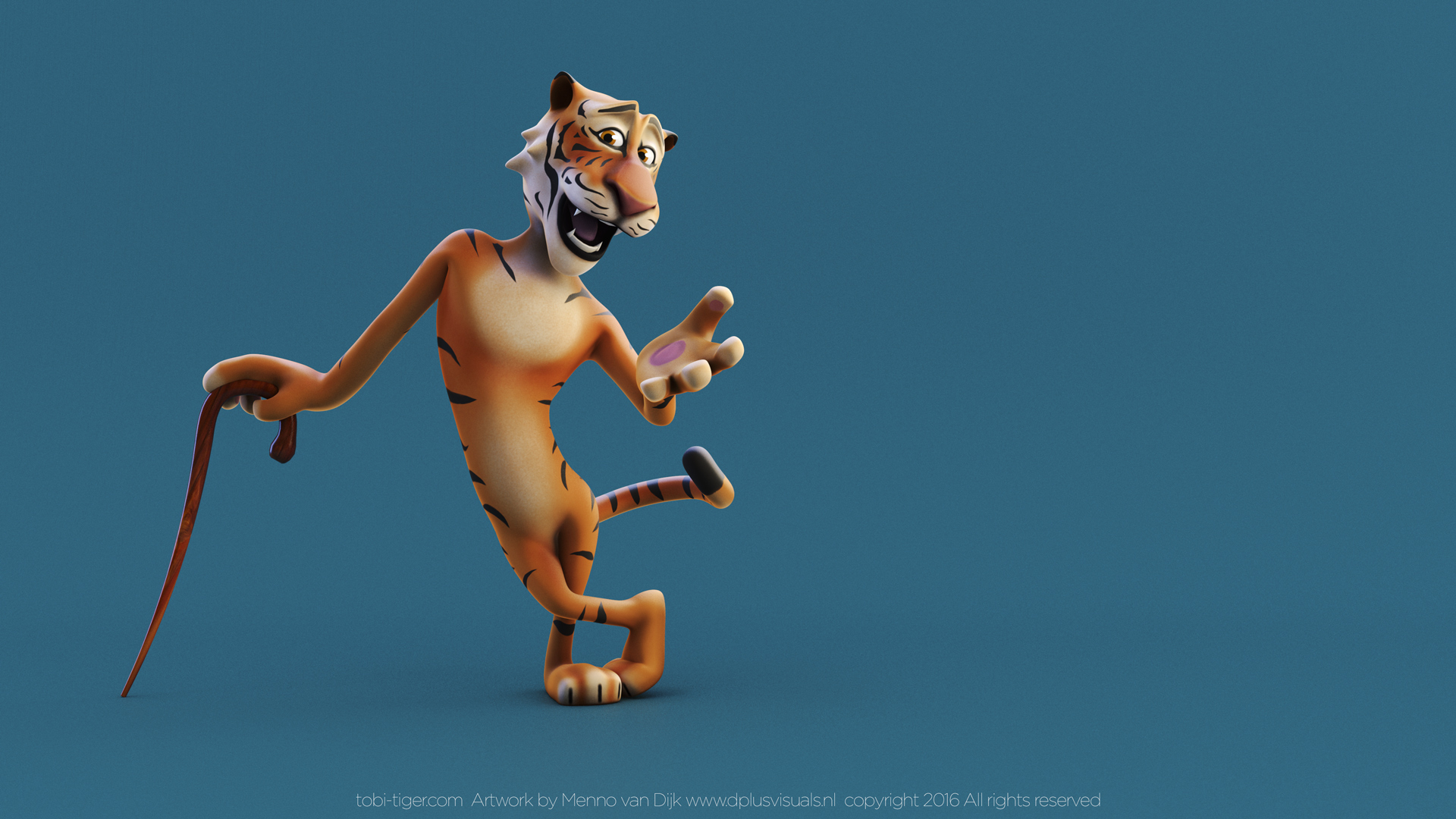 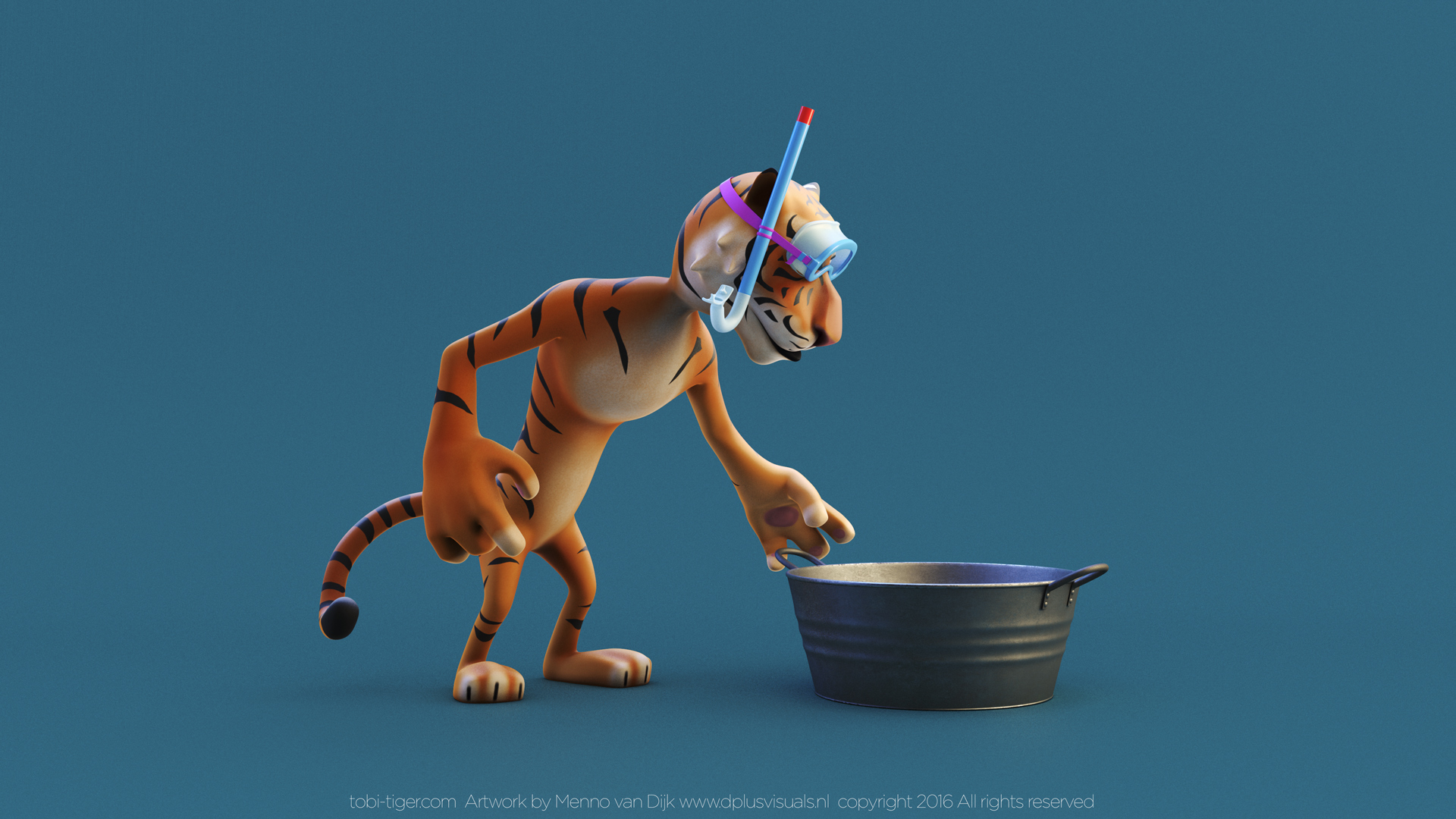 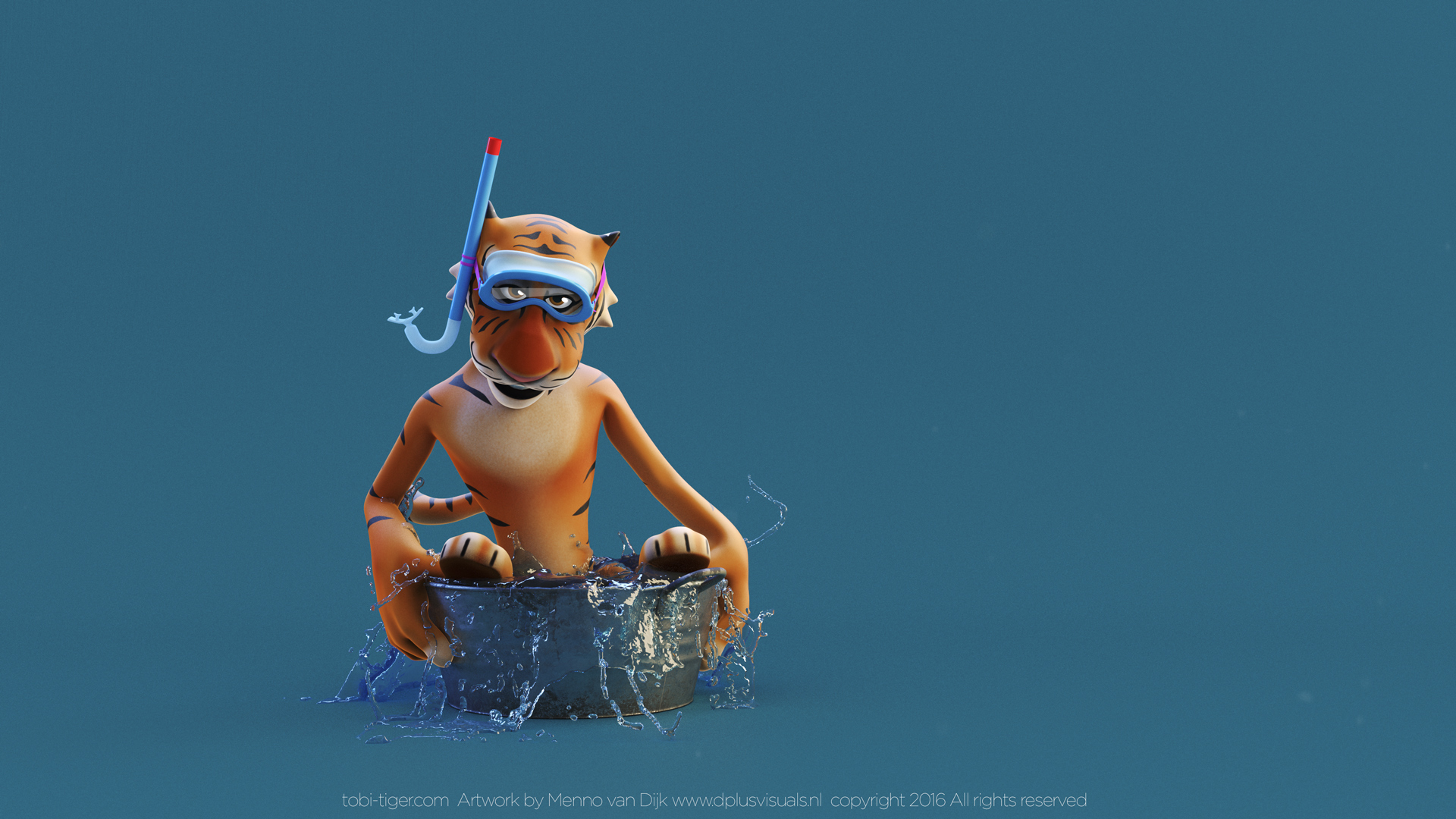 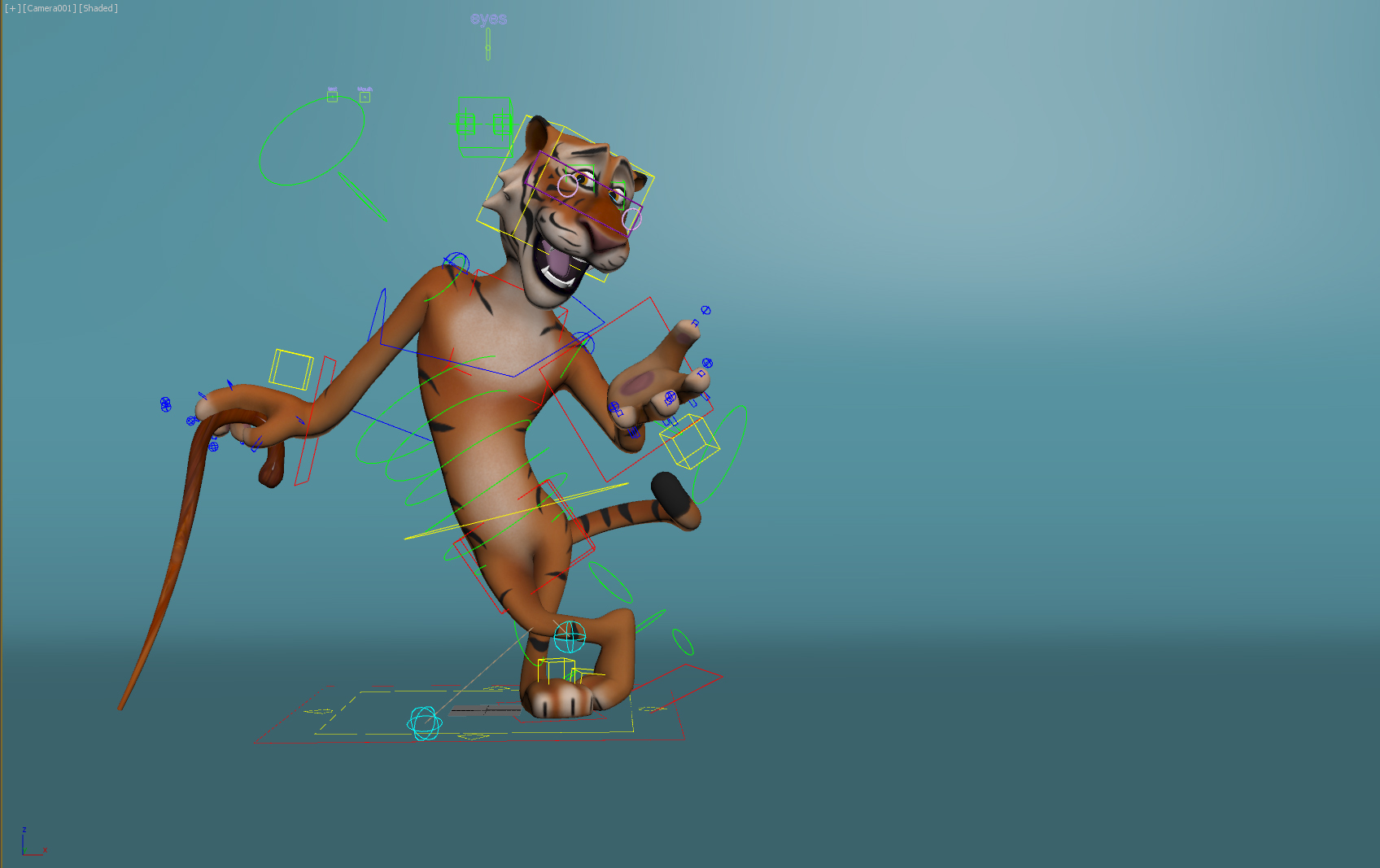 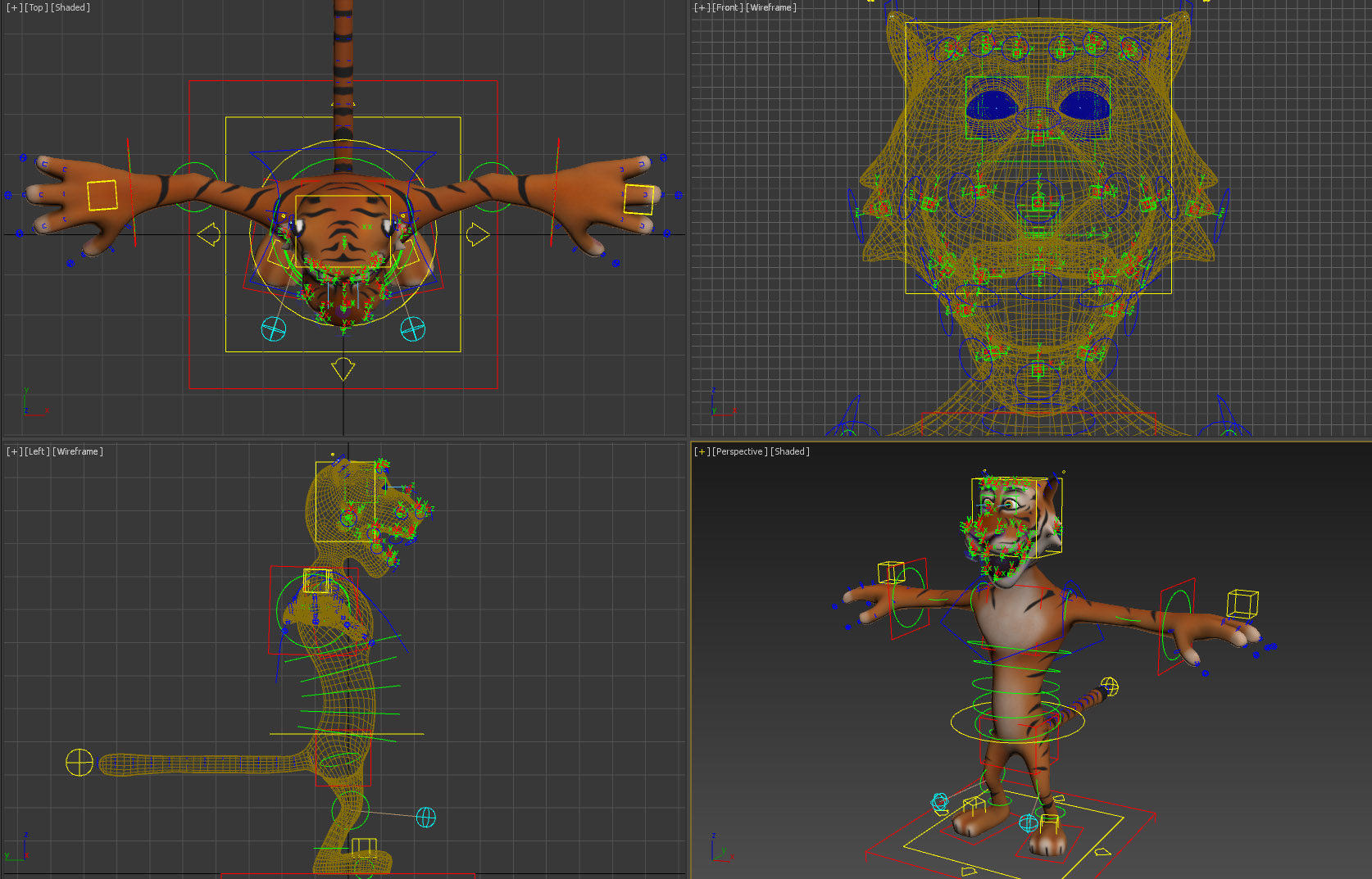 One day sculpting in Zbrush and retopologizing in 3DsMax..

Next stop UVW- mapping and texturing. 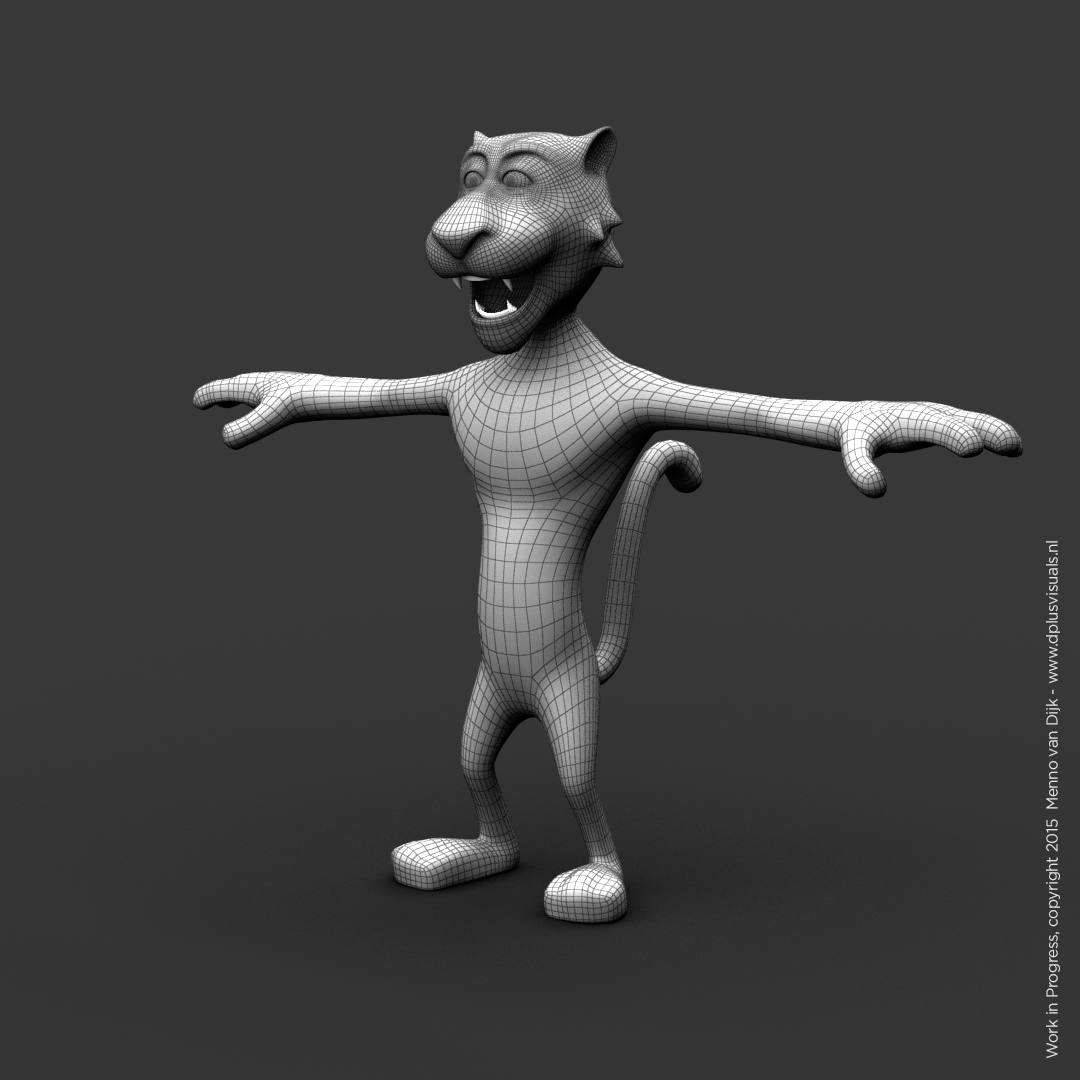 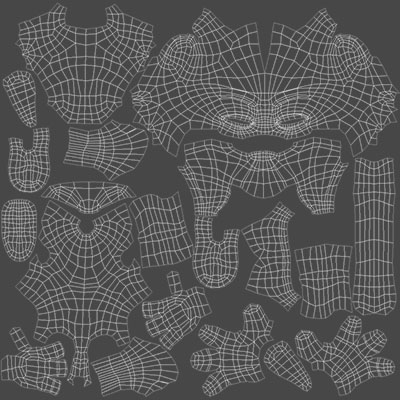 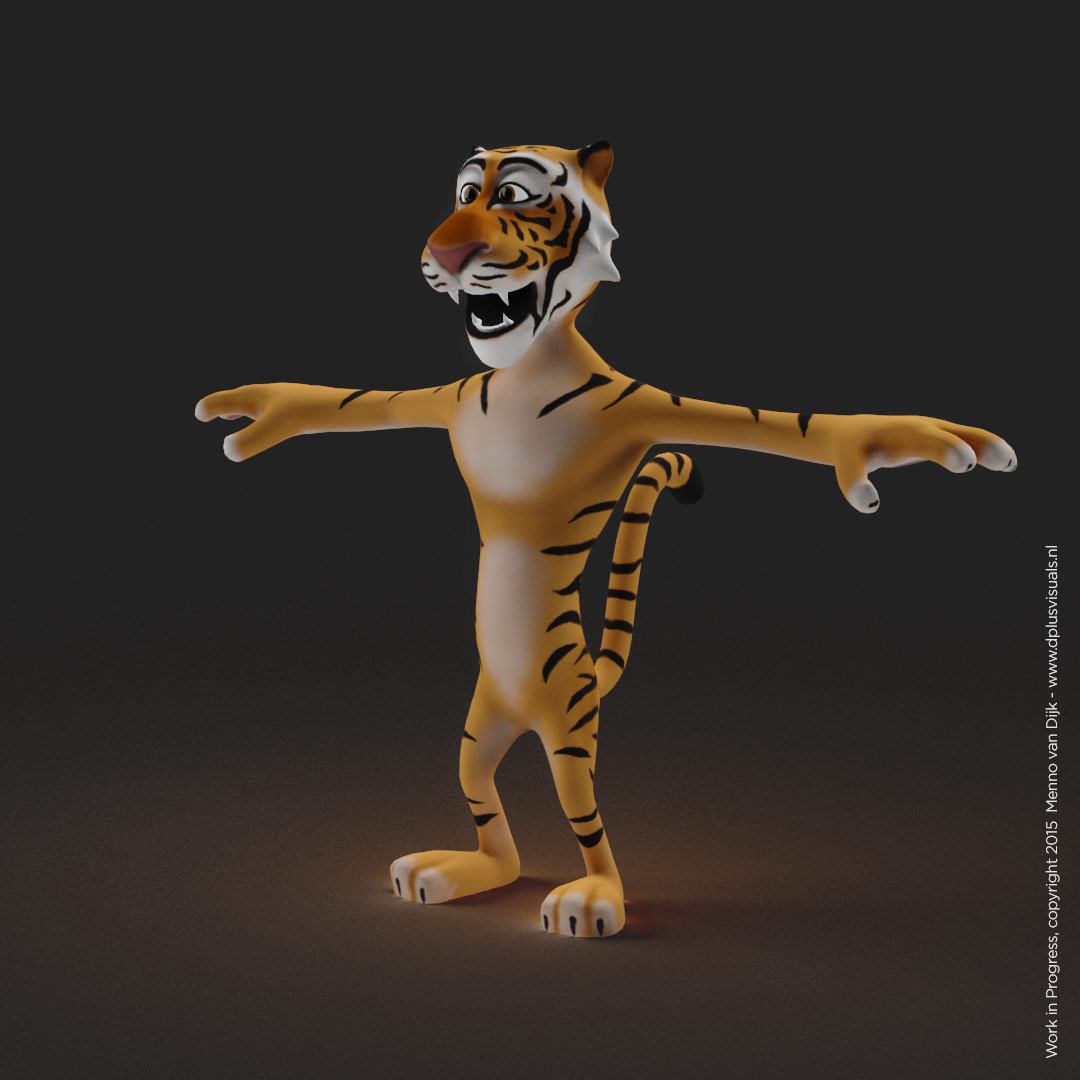 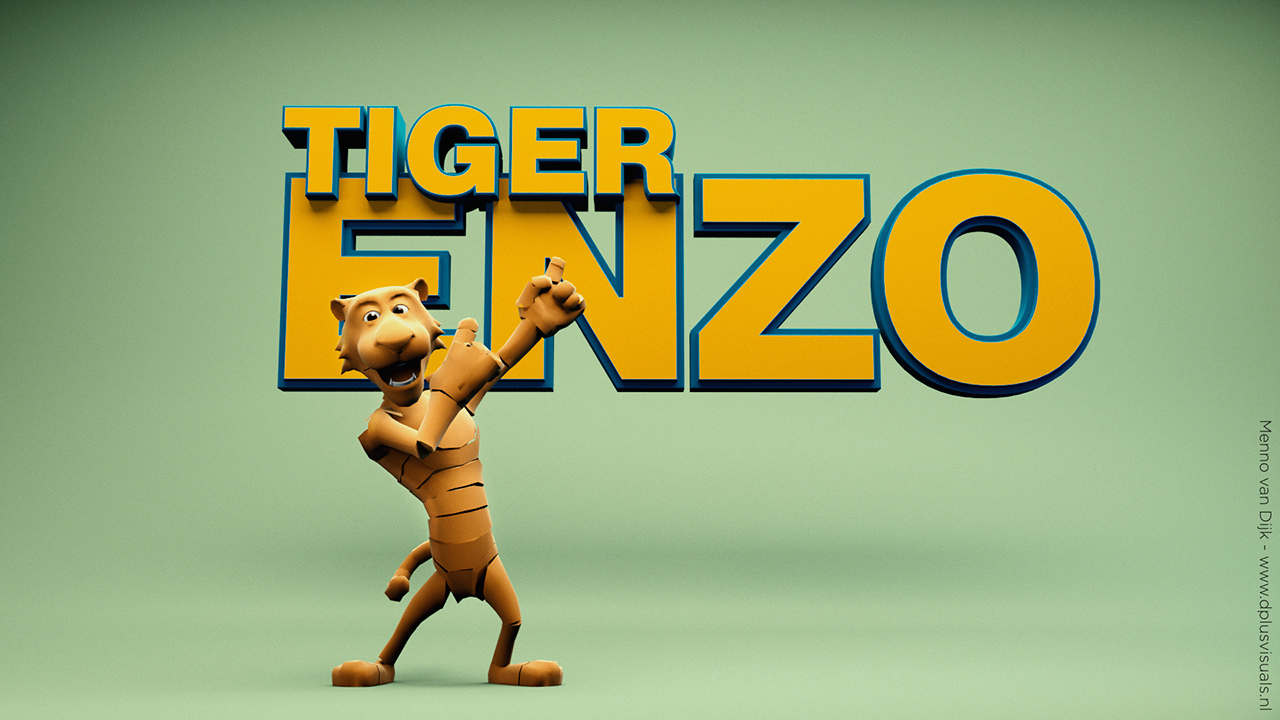 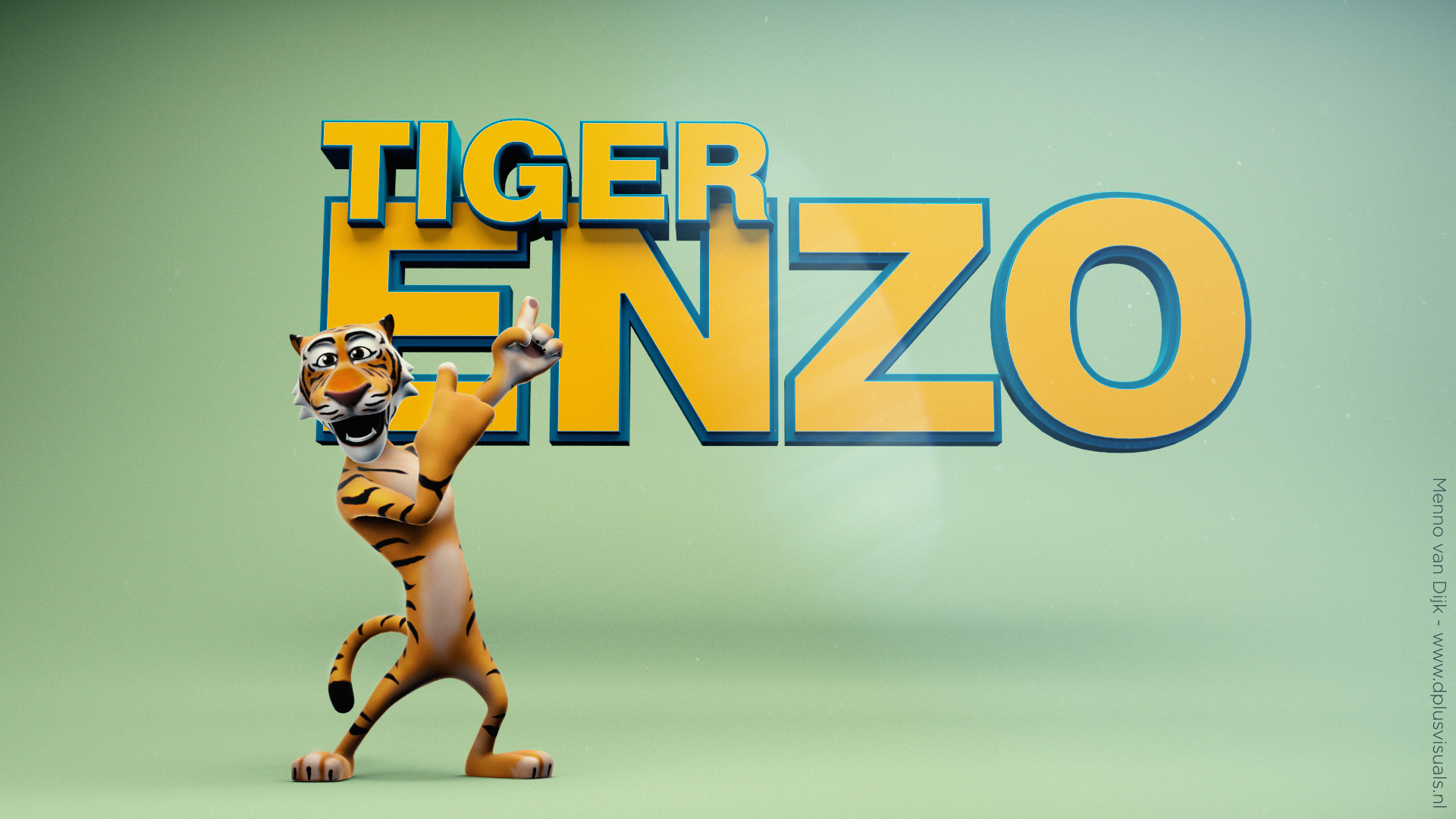 short quick test with morph targets and skinned with a single click (Bones Pro). No way perfect, neighter the animation, but for a test it’s fine.

Today updated the texturemap: (Still 1 UV tile since it will be used for a game) 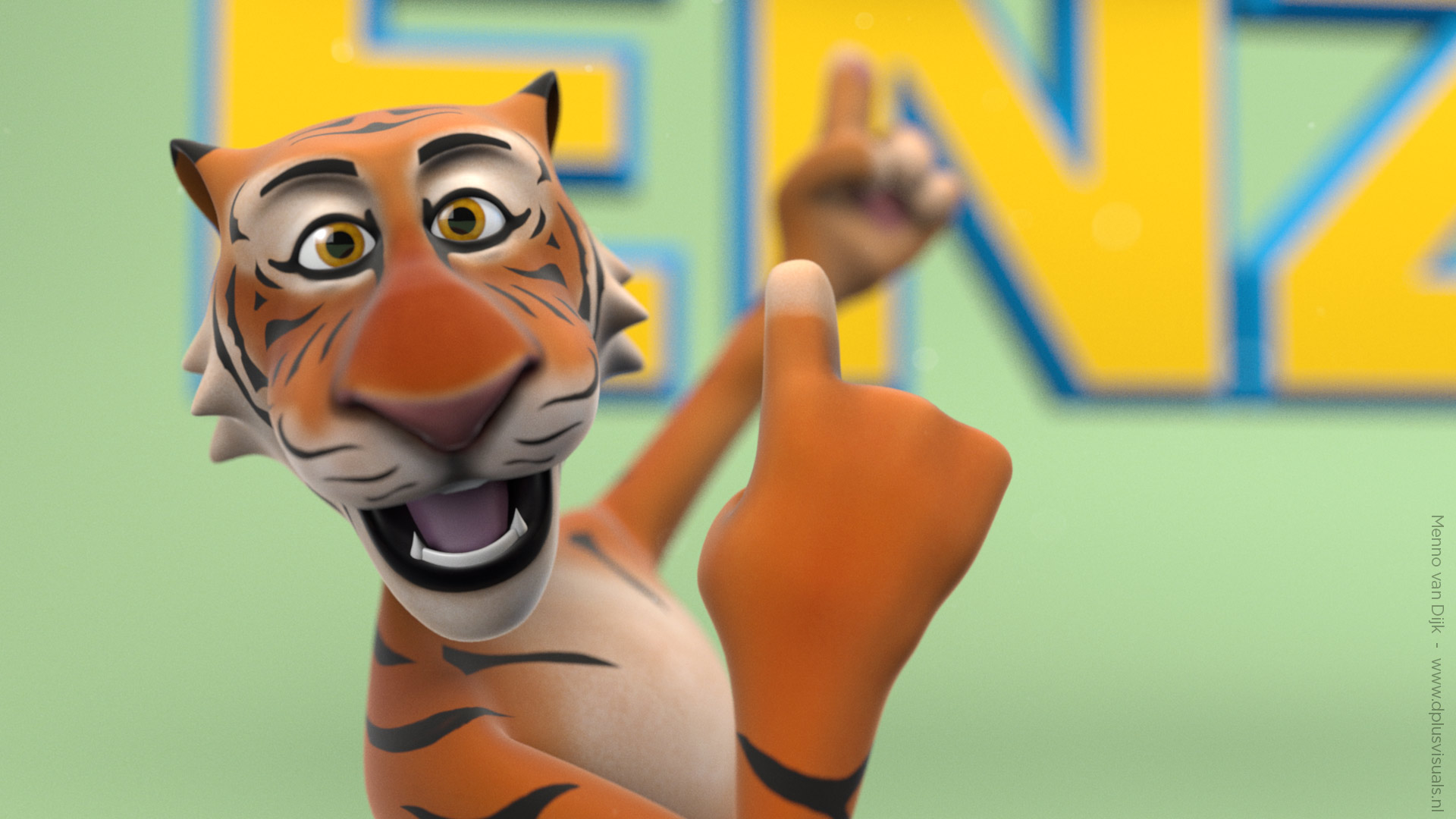 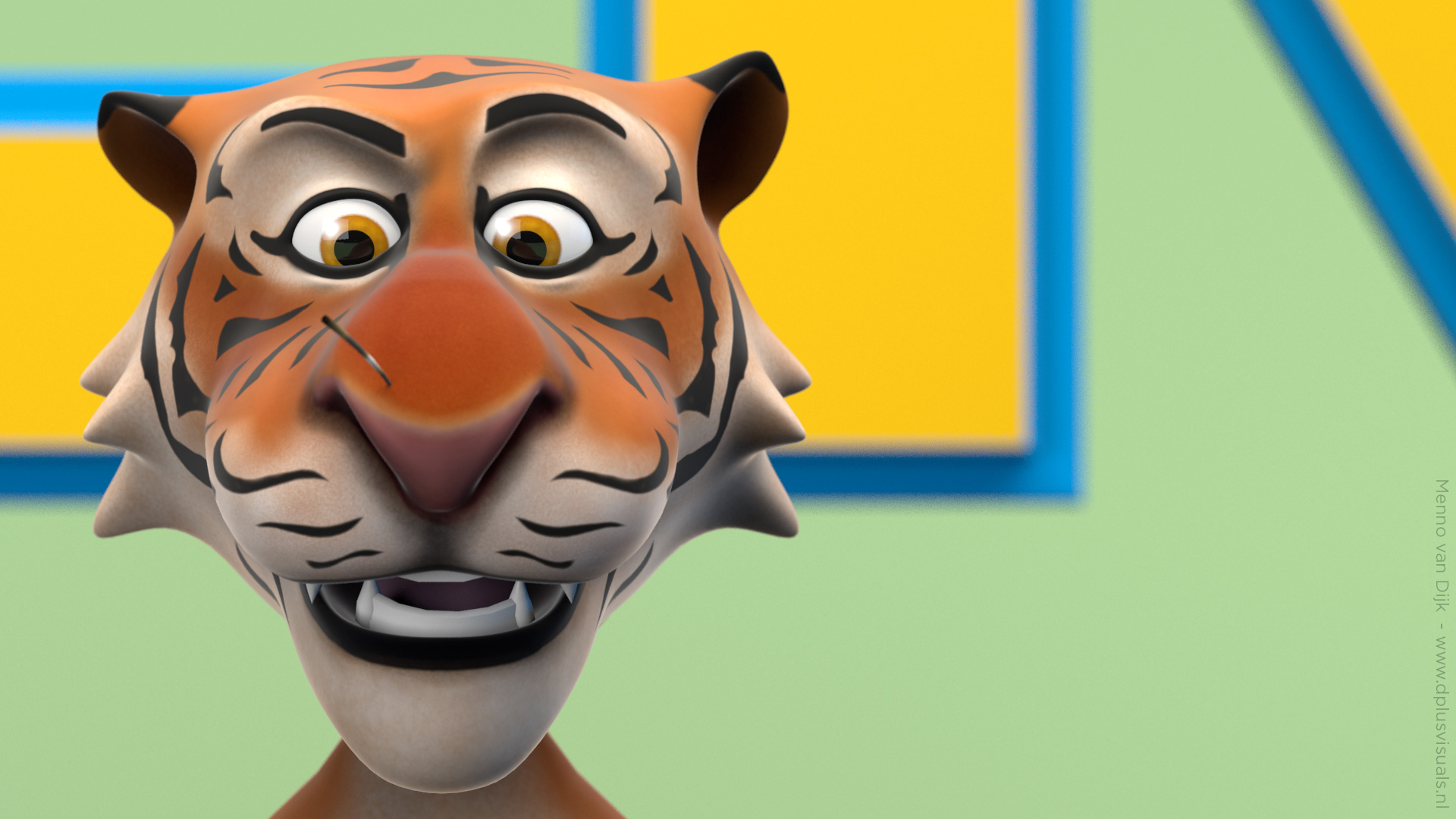 The above setups are rigged with CAT motion and rendered with Vray. Although the system has really nice features, I encounter a lot of crashes. So I imported the mesh into modo and played around with ACS v2 to setup a basic rig. After tweaking all day I haven’t had any crash and the whole system seems pretty forgiving. One thing I am missing out-of-the box are facial rig options so I will setup some morph targets next. 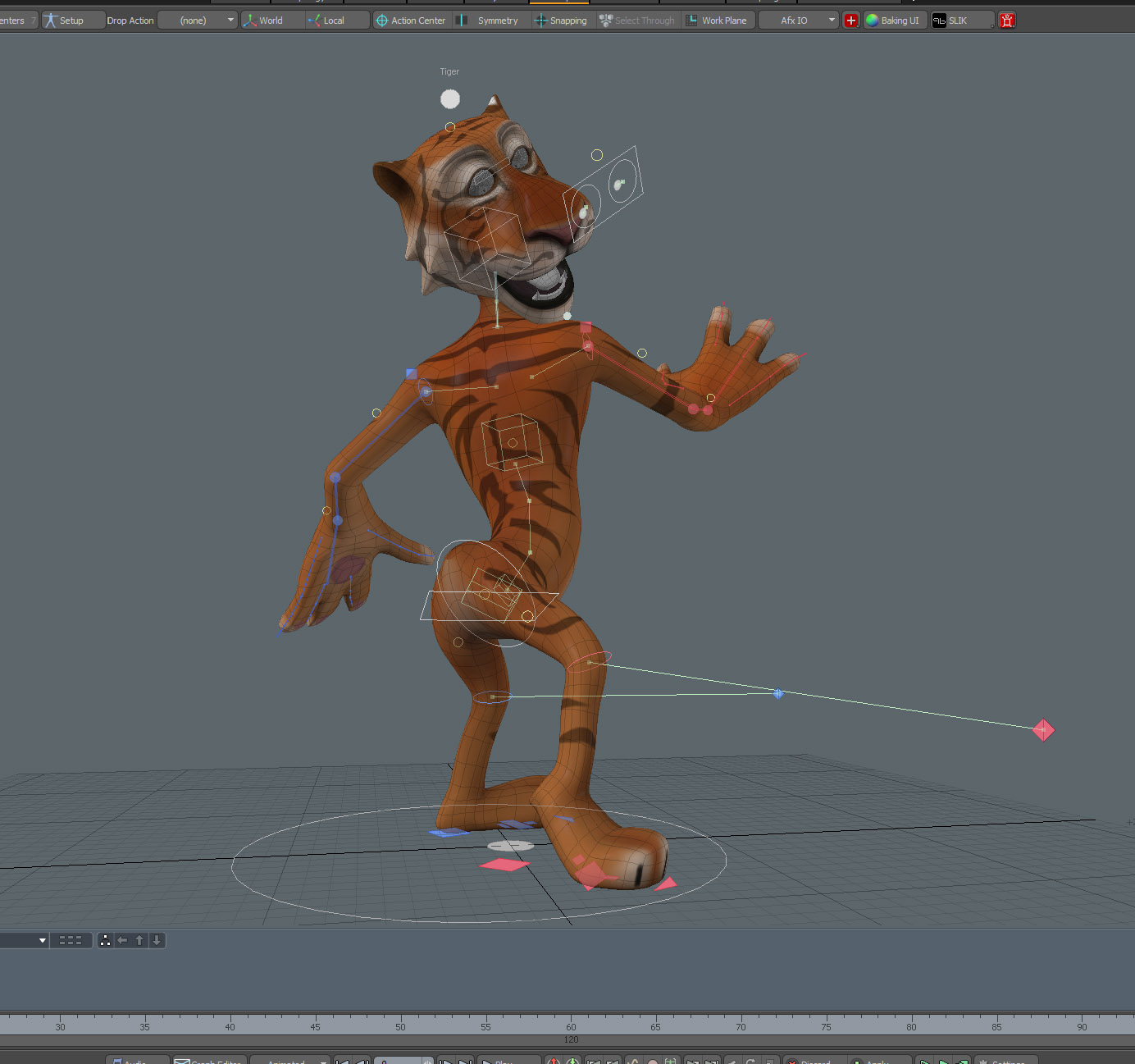